What are the dangers of marijuana addiction? 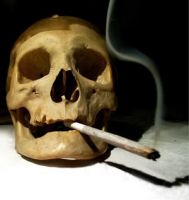 Well, many marijuana addicts would say that there are relatively no dangers at all. This is a controversial issue, however when looking at the overall picture of marijuana addiction, the dangers of marijuana addiction become very clear.
As with any drug, addiction itself is very unhealthy and it negatively effects a person psychologically, emotionally, socially, and physically.  Marijuana addiction tends to change a person's attitude towards life and society. Productive interests such as sports, hobbies, recreation, social activities, and family tend to suffer and instead activities revolve around smoking, obtaining, and getting stoned.
Physical Dangers of Marijuana Addiction
Dangers on marijuana addiction in the brain: Marijuana impairs a person's ability to form memories, recall events, and shift attention from one thing to another. THC also disrupts coordination and balance by binding to receptors in the cerebellum and basal ganglia, parts of the brain that regulate balance, posture, coordination of movement, and reaction time.
The dangers of marijuana addiction on the lungs: Marijuana smoke contains carcinogens which irritate the lungs tremendously. In fact, marijuana smoke contains 50–70 percent more carcinogenic hydrocarbons than does tobacco smoke. Marijuana smokers show dysregulated growth of epithelial cells in their lung tissue, which could lead to cancer. Marijuana dangers also include and daily cough and phlegm production, more frequent acute chest illness, and a heightened risk of lung infections.
Dangers of marijuana addiction on the heart: Marijuana increases heart rate by 20–100 percent shortly after smoking; this effect can last up to 3 hours. In one study, it was estimated that marijuana users have a 4.8-fold increase in the risk of heart attack in the first hour after smoking the drug. This may be due to the increased heart rate as well as effects of marijuana on heart rhythms, causing palpitations and arrhythmias. This risk may be greater in aging populations or those with cardiac vulnerabilities.
Additional Dangers of Marijuana Addiction